Well, the Stand Up Guys were at it again on Saturday. Yes, as Stand Up Guys we remove junk basically everyday, but every once in a while we go even further, we go above and beyond, and we break the mold. Well Saturday was a great example of that.

Let me paint the picture for you first. Kathryn, a nice stay at home mom from Marietta, called a corporate junk removal company here in town to help her with her basement junk, I wont tell you their name, but I can tell you it rhymed with One Eight Schmundred Shmot Shmunk. 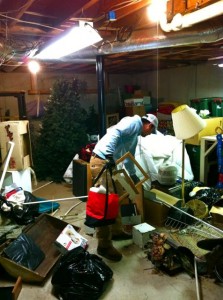 Kathryn needed to have the junk out of her basement by the end of the weekend, because she had a pool table, and two couches being delivered on Monday. She was trying to surprise her husband with a cool man cave in their basement. Well, the company that Kathryn called came out late on Friday, knowing she had to have it gone by the weekend, and gave her an outrageous price. She knew instantly that they were trying to pull a fast one on her, because she went into detail with them over the phone about the junk needing to be gone by a certain time. They thought they could get a way with an inflated price because of the dilemma Kathryn was in.

Well, they thought wrong. Kathryn was so upset by their lack of professionalism that she told them nevermind, and sent them packing. Kathryn might have made a big mistake by calling that company, but she sure made up for it with her next move.

Kathryn’s next move was a fabulous one too. She picked up the phone and called The Stand Up Guys number that was given to her by a close friend. She felt immediate relief when on the other end of the phone, Ross, one of Stand Up Guys big wigs, answered the phone. Ross told her that we would make everything right, and that she had nothing to worry about any longer. The Stand Up Guys were going to fix everything. 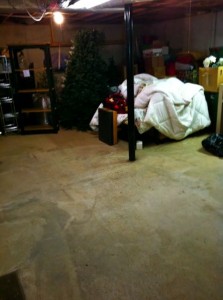 Ross, and Carson set out immediately to Kathryn’s home in Marietta. When they got there, she quickly showed them the pile of junk in the basement. Without hesitation, Ross and Carson gave her a great price and swiftly got to work.

They were done, and had that basement looking absolutely spotless in no time at all. Kathryn was so ecstatic that she was almost speechless. The junk that at one time was bogging down her life, and causing her to stress out, was now completely out of her life, thanks in full to the Stand Up Guys Junk Removal Crew.

That’s just another day at the office for the ole Stand Up Guys!