Nancy & Bob Newlin are a wonderfully nice, old, retired couple. They have been together for over 35 years, and have been happily married for 33 of them. Nancy & Bob own a gorgeous little home in a quaint little Dunwoody neighborhood. Their lives are simple, they don’t make a lot of noise, and all there neighbors love them. Well, everything was simple until yesterday, when their pertentious landscaper put them in quite the pickle, and they had to scratch and crawl their way out. 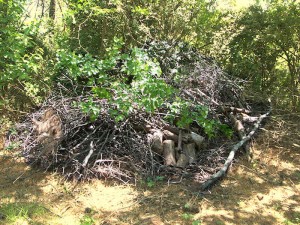 Nancy & Bob Newlin have been using the same landscaping company for over 15 years, but they had to recently went out of business, so the Newlin’s were forced to look into different options. They went on the internet and just found the first company they could, and hired them to come out and clean up the backyard of their Dunwoody home. This turned out to be a mistake.

When this landscaping company came out, they were polite, and seemed to do a great job on cleaning the backyard, this is what Bob told our crew. There was one thing that this company forgot, or refused to do, and that was to clean up the mess that they had created. The company did a great job clearing out the backyard of all the debris, but instead of hauling it away for the Newlin’s, they just left it in a pile by the street.

That was a big enough problem all by itself, because the Newlins paid this company to clear, and haul away everything, but the guys just disappeared after being paid. The other part of the pickle, was the fact that Nancy and Bob had a vacation planned for this week. They had been planning on this trip for over 8 months, so there was no way they were going to miss out, but they couldn’t leave without cleaning up this mess, because the Home Owners Association for their Dunwoody neighborhood said the stuff had to be removed ASAP. Or there would be hefty fines.

How They Planned On Fixing This Pickle 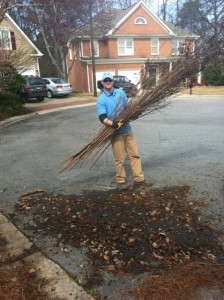 Well to be honest, the Newlin’s didn’t have a plan to get all this debris removed from the front of their house, and they were starting to freak out a little bit. They guys that they hired to work in the yard wouldn’t return any calls, and they were running out of options.

Well, they called their son, who lives up in Woodstock, and told him about the situation. Luckily their son, Walter, knew exactly what to do, how to solve this problem and get his parents out of this nasty pickle.

Walter told his parents that he had used this awesome company a few months back to take away the two crappy couches that were in his basement. Walter raved about the guys that came out, saying how professional, clean, and trust worthy they were, and he knew these guys were the perfect fit for his parents. 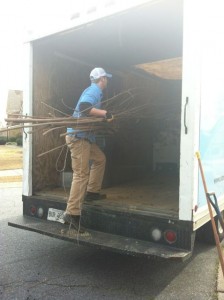 Well, Nancy & Bob took the advice, and called. Yes you guessed it, the number was to the wonderful Stand Up Guys Junk Removal Crew. The Newlins were extremely impressed with the gentleman they spoke with over the phone. They expressed to him how urgent this matter was, and that they were in dire need of this service.

Getting Out Of This Debris Pickle

Once the Stand Up Guys Junk Removal Crew heard about this situation with the Newlin’s, they dropped everything they were doing. We pushed a few scheduled jobs back an hour or two, and headed straight to the Newlin’s Dunwoody home.

When the crew arrived at the home, they quickly realized the issue, and reassured the Newlin’s that they could help, and get them out of this pickle. The Stand Up Guys got straight to work. The one good thing that the landscaping company did was place everything near the front lawn, so it wasn’t too hard for our crew to take care of everything. Carson and Ross, the two Stand Up Guys that were on the scene, had this debris “pickle” pile cleaned up in no time.

Stand Up Guys Save The Day 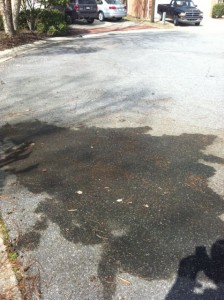 Nancy and Bob were just so ecstatic about the job, that they just raved and raved to Walter about us. They couldn’t have been happier, and to top everything off, the couple didn’t miss a beat, and went on their trip with no problems.

We know what we do is simple, but it’s nice when someone out there is in need of our services, and we are able to deliver.

The smiles on the faces of our customers after we have saved the day is priceless, and here at Stand Up Guys, we wouldn’t give it up for anything in the world. So your welcome Mr. and Mrs. Newlin, saving the day is just part of what the Stand Up Guys are all about.

We hope to see you again one day, but under better circumstances of course.