Early this morning the ‘junk phone‘ rang loudly at the Stand Up Guys Junk Removal Headquarters in Marietta. Casey quickly jumped into action and alertly answered the ringing phone.

Casey answered just like he always does, “Stand Up Guys Junk Removal, this is Casey. How can I help you today?” On the other line was Mike, a new potential Stand Up Guys happy customer. 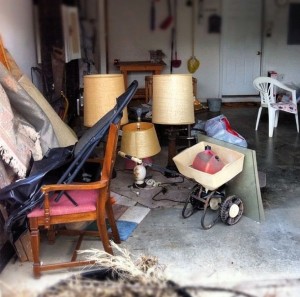 Mike went on to explain to Casey about his little issue at his home in Buckhead, and was curious to see if The Stand Up Guys could help him out. Casey reassured Mike that we could definitely help him with everything and anything that he needed. Apparently this was a ton of weight off of Mikes shoulders, because from what he told us, he’s been dealing with this little junk problem of his for quite some time.

The other thing that Mike wanted to know was how soon we could come accommodate him and his little junk problem. Well all the trucks were deployed for the day, but we knew that Ross and Christiaan, who were out in Candler Park, were going to be done first. So we told Mike that we could actually have someone there today.

Mike was ecstatic to say the least. He thought this would take at least a week or two to get done. Little did he know the power of the Stand Up Guys though. He was going to find out soon enough. 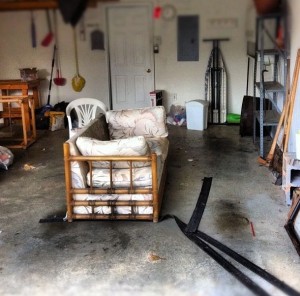 Mike said it was sweet because he treated himself and bought a brand new Corvette. A car that he had dreamed of buying since he was in his early twenty’s, Mike is pushing fifty now so its been a long standing dream. He said the car was everything he ever dreamed it would be, fast, sleek, smooth and fire engine red. Just an all around sweet ride.

The bitter part was the fact that when he bought his home in North Buckhead, he bought it with envisions of having both his daily driver and his Corvette parked in the two car garage. Well the part he overlooked was that he was downsizing from his last home.

Because he was downsizing he had a lack of space and an abundance of stuff after the move. So instead of having a nice two car garage, Mike had a nice one car garage, while the other half was a glorified storage unit, or landfill depending how you looked at it.

Mike really didn’t like leaving either car in the driveway, so he wanted the garage cleaned out of all the junk as soon as possible. Good thing he made the right call.

Heading To Mikes Junk’d Up Garage

Ross and Christiaan finished up with their yard debris job over in Candler Park around 1pm. They were rockin’ and rollin’. More than two hours ahead of schedule for the day. 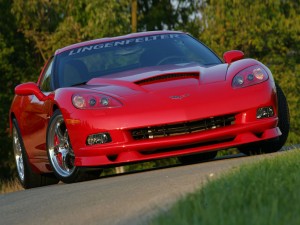 Since they figured that Mike was going to have a significant amount of junk, Ross and Christiaan made a quick stop off at the vegetative waste recycling center to get rid of all the debris in the back of the dump truck. The truck was packed to the gills, so there was definitely no way that they were going to fit anything else in there.

Ross and Christiaan were in and out of the recycling center in no time and headed to North Buckhead towards Mike. They were determined to make him another satisfied Stand Up Guys customer.

When Ross and Christiaan arrived at Mikes home he was already waiting for them in the driveway. Mike was eager to get this junk out of the garage. He was pumped to see us there so early. Never in his wildest dreams did he think he was going to get to park his sweet new ride inside this fast.

Most of the time when we arrive at a customers home, the first thing that they do is bring us straight to the pile of junk in order to show us what we’re dealing with. Well Mike had a little different approach. 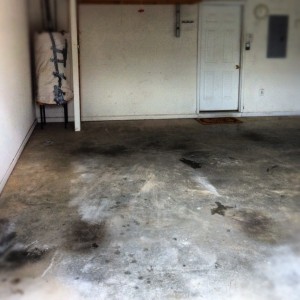 The first thing that Mike did when Ross and Christiaan arrived at his North Buckhead home was show them his new Corvette. He was so excited about it that he just wanted to show everyone. The guys didn’t mind at all, actually Ross was pretty excited himself. He is an avid sports car lover. So anytime he gets to gaze at a beauty like that one, he takes advantage.

Well now that the fun part was out of the way, Mike showed the guys the junk problem. The entire left side of his garage was filled to the brim with household junk. Some in good shape, some just junk, but either way there was a ton of stuff.

Mike just told them that he wanted EVERYTHING gone. He didn’t care what it was, he just wanted it gone so that he could squeeze his brand new Chevy toy into the garage.

Ross and Christiaan put on their gloves, did a quick little stretch, backed the truck right up to the garage and got to work. Christiaan stayed inside the truck while Ross handed him everything from the garage. The two Stand Up Guys knew that this was going to be a tight squeeze, so they needed Christiaan aka “The Master Stacker” (as we learned during the Driveway Junk Quandary over in Midtown a few weeks back) in the truck at all times making sure everything fit.

The two guys huffed and puffed for a good hour and a half putting everything into the truck, while separating the usable items at the same time. They DID NOT want to throw away anything of value so they made sure to keep everything that they could either donate or recycle at the front of the truck.

We don’t want any items that others could use being dumped into the landfill (like other junk removal companies do). So the guys here at Stand Up Guys always take it upon themselves to filter through every single item.

Finishing Up With The Junk

After an hour an a half of lifting, loading and filtering through everything the guys had it all packed into the truck. Mike was so excited to see that two car garage of his clean and ready for his new toy.

This was the garage that he envisioned when he bought this North Buckhead home, but it wasn’t until he called the Stand Up Guys Junk Removal Crew that he got exactly what he wanted.

It was fun for the guys to see the enormous smile on Mike’s face as he slowly pulled his sweet new ride into the new found clean garage. Nothing makes us feel better than to truly make our customers happy, and Mike was exceptionally happy to say the least. Once his excitement of the clean garage came down a notch, he let the each Stand Up Guy take a ride with him around the neighborhood. How awesome is that?!

It was a pleasure working for Mike. We really hope that we have the opportunity to work with him again. Once again the Stand Up Guys saved the day!