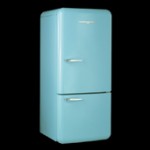 An estimated nine million refrigerators are thrown out every single year in the United States, and even though they can be recycled doesn’t mean that the majority of people do that. When not recycled correctly, refrigerators can be extremely dangerous to the environment. The foam inside a fridge contains some kind of blowing agent called hydrofluorocarbons, that when released into the air can be harmful to the environment, and at nine million fridges a year, thats a lot of pollution. Even some recycling centers just shred up refrigerators to scrap the metal, this does not prevent the blowing agent from affecting the environment. Now, when you call Stand Up Guys Junk Removal here in Atlanta though we take care of that ourselves before we take it to any recycling centers, so there is a little peace of mind for you Stand Up Guys Junk Removal customers.

General Electric has now joined the Appliance Recycling Centers of America (ARCA) to fight the war on refrigerator pollution. GE is now supplying used refrigerators from a six state region to the ARCA’s main hub in Pennsylvania. There the discarded machines will be put in a sealed automative system that sucks up and captures all the harmful elements that used refrigerators can cause. This agreement between GE and ARCA makes GE the first ever appliance manufacturer to get together with the EPA’s Responsible Appliance Disposal program, or (RAD). So good for you General Electric, its nice to see that some of the big corporations out there still care about the environment and its customers, more power to you and good luck. You can read more about this subject at Earthtechling.com.