Late yesterday we got a call into the office from a new potential customer. Her name was Kaitlin, and she lived in Grant Park. Kaitlin was very sweet, and extremely polite, which is a nice breath of fresh air. Not everyone is always in a good mood when they call us, and some aren’t shy about letting us know, so it’s nice to talk to someone sweet every once in a while.

Kaitlin said she had been living in her Grant Park home for over 20 years now, and had never had a problem with junk. Well, at least she didn’t think she did.

Kaitlin was in dire need of our services at this point. She backed herself into a bit of a corner, and now she needed professional help to get herself out of it.

Cleaning Out The Basement 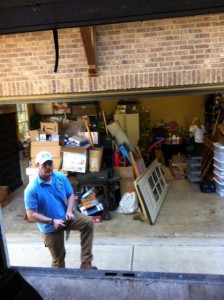 Kaitlin’s son Jonathon, just finished up in his fourth year from Duke University, up in North Carolina. Johnathan got great grades in school, and was a scholar student, but with the economy the way it is, it’s hard for a college kid to get a job right after graduation. So, naturally Johnathan was going to have to move back home for a little while. Until he got himself a steady job that is.

Kaitlin didn’t want poor Jonathon to have to stay in the same cramped up room he stayed in as a kid, so she decided to clean out the basement so that he could camp himself down there instead. Little did she know that cleaning out the basement was going to be as much work as it was, or as much junk either.

Kaitlin and Johnathan cleaned, and cleared out the entire basement all day Saturday, and Sunday. They told our crew they were exhausted afterwords. Looks like they got a little taste of what we do here at Stand Up Guys Junk Removal on a regular basis.

Here’s the part were calling in the professionals early would have helped the two of them. First of all, if they would have called the Stand Up Guys, they could have saved their entire weekend. Second, they wouldn’t have to worry about the junk afterwards.

Kaitlin and Johnathan put all the junk from the basement into their garage, and now they didn’t know what to do with it. Or how they were going to use the garage now, because it completely full from head to toe. 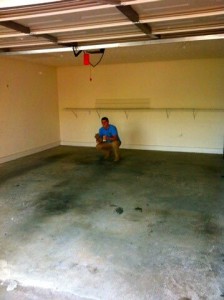 Stand Up Guys Handled That With Ease

Now, Kaitlin already made one mistake by doing all this unnecessary work by herself when she could have called us in the first place. The even bigger problem though, was her garage, and what she was going to do with all this junk that was overtaking it now.

It sucks when your garage is filled with junk, but it even sucks more when you live in Grant Park, and the driveways only fit one car. So now, Kaitlin not only was dealing with her garage being filled with junk, and her son moving in after college, but she was also walking 4 blocks from her car to her home, because there was no parking anywhere near her home. Useally Kaitlin parks her car in the garage, her husband parks it in the driveway, and that’s that. But now with the driveway filled, and Johnathan being home, two cars get the short end of the stick every night.

The Stand Up Guys 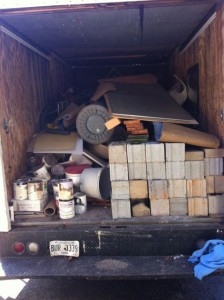 At least Kaitlin’s next move was the right one. She got on the phone right after her exaushting 4 block hike to her house, and called Stand Up Guys Junk Removal. We told her to not worry, catch her breath, and relax because we could be out the next day to help.

The very next morning, Carson and Ross (February’s employee of the month), were at the front door of Kaitlin’s Grant Park home. She was so excited to see them that she hugged them both as soon as she opened the door. She quickly showed the two of them her enormous mound of junk in the garage, and just as quickly as she showed the two uniformed pros, they got to work.

Kaitlin smiled and waved as the Stand Up Guys drove away, with all her worries and problems. Now that the Stand Up Guys solved her junk problem, Kaitlin can get back to focusing on more important things, like her son being back home for the first time in years.