House Junk Out In Atlanta 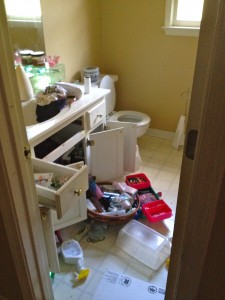 Last week the Stand Up Guys got a call into their ‘junk headquarters‘ from a man in Atlanta named James. James called in with quite the problem on his hands, and he badly needed someone that could help him out. He didn’t know who to call, but luckily the first one he made was the right one.

James went on to tell us about how he had rented his home out to a family of 5 last year. He was renting it out because he had moved in with his girlfriend, and he didn’t see a reason for the house to just sit. He was too upside down on it to try and sell it at the time, so renting was his best option.

“The renters that I chose to occupy the house seemed legit”, James said. They always paid rent on time and the few times that he had to go into the house to check on this or that, the house would be in great shape. They weren’t messy, didn’t have any pets, all in all great renters.

Well apparently all this changed about 2 months ago. James could not get in touch with the family, after they were already 15 days late on rent. When he went to the house to collect, no one was there. He left a note for them to call, and thankfully they did the very next day. They also paid the rent the next day as well.

That was the first time that James had had any problems with them up to that point, and they had been renting the house for over a year. Well the next month the same thing happened again. They were late on the rent, and once again James could not find them.

This time was different though. James again left a note but this time no one ever called. He waited a few days and went back, but still, no one. James was coming to the realization that his once awesome renters might have just split out on him.

James had gotten quite used to the monthly check coming in, so for him renters in this house were a must now. So even though this family split, he needed to find someone else to occupy the house, and he needed it quick. 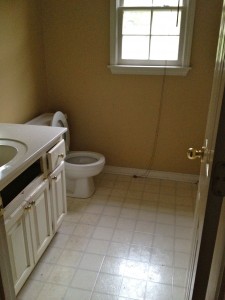 James was over the last renters screwing him and ready to move on. There was still one problem though, the old renters left the house FULL of junk. There was junk from wall to wall in every room of the house. Even the garage and basement were filled with junk as well and that’s why James called the Stand Up Guys.

It seemed as if the renters that left just left everything they owned behind. There was so much junk in the Atlanta house that James was scared it would never get done. This was before he knew the capabilities of the Stand Up Guys that is.

We told James over the phone that we would make sure to take care of everything for him and that he could put his house back up on the market for another family looking to rent in no time.

The very next day after James called into our office, we had a Stand Up Guys Junk Truck out at his Atlanta home ready to roll. Clark, Ross and Christiaan were on the scene ready to gut the house of EVERYTHING.

James gave the guys a quick tour around the property and explained what he wanted done, but all in all it was pretty simple. Nothing stayed and everything had to go. So the guys strapped up their boots, tightened their belts and got to junk’n.

First the guys focused on bagging up all the little items all throughout the house. Once everything tiny is in bags, it’s extremely easy to get to the truck. The guys loaded the junk truck up with all the bags first, and Ross headed to the dump.

While Ross was headed to drop off the first load, Clark and Christiaan focused now on getting all the larger items in the house, i.e couches, tables, desks, etc to the driveway. This way when Ross returned they could load up the second truck right away. If the truck is always in motion to and from the landfill, that means things are getting done and getting done fast.

The guys repeated this same process all day until every last piece of junk was out of the house and into the truck. 7 hours and 4 truck loads later, James Atlanta home was completely cleaned of all the junk that the last renters had left behind.

There wasn’t much of a lesson here for James, because he makes pretty good money off of renting his house, so he doesn’t want to stop renting it out. Also, he really liked the last people that were renting and he trusted them (up until they left that is), so he’s not going to change how he chooses renters.

One lesson that James did learn though, is that if he is ever in a jam he knows exactly who to call. When he needed help he called the Stand Up Guys Junk Crew and we delivered and trust me, we will every time.

Here’s a quick little video of all the rooms that we cleaned out of this junked up house…Enjoy!