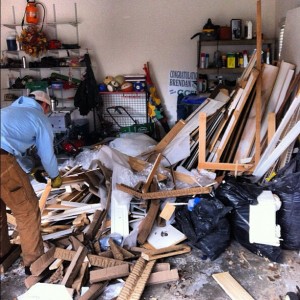 Dave M. was remodeling a kitchen in North Atlanta, and had piled all the old cabinets, wood, tile and appliances in the garage. Dave used to bring dumpsters to his sites, but with the complaining from his customers, he was forced to use hauling services. His customers did not like the look of the dumpster in their driveway and that it would sit there for over a week.

Dave eventually started using a hauling service to take all the junk at once. But when his normal hauling service was no where to be found, Dave was running out of options since the stuff was sitting there for over a week and the homeowner was starting to get frustrated.

He scurried around the internet looking for the most prompt and reliable he could find in a short amount of time. He came across standupguys.biz and decided to give us a call.
The Call In 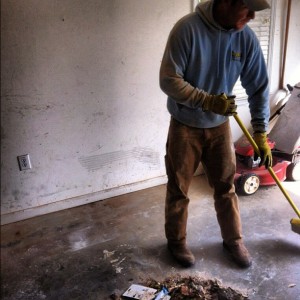 Ryan answered the phone with all the answers to Dave’s problems. Dave was explaining his situation at the North Atlanta home and that he needs a reliable, insured and prompt service to perform his clean up for the remodel project he was working on.

Ryan reassured him that he had made the right decision and told him we would have a crew out to the house that day! This is something that the Stand Up Guys Junk Removal Crew deals with all the time.

Ryan also explained that Stand Up Guys was fully licensed and insured with workman’s comp, so no matter what Dave and his customers were fully covered when they deal with the Stand Up Guys.  Dave realized that he found his new hauling service for all his future projects. 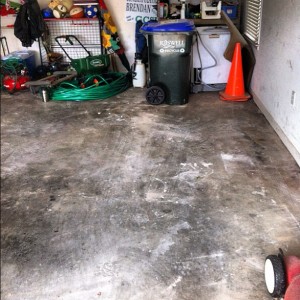 In no time, Ross and his broad shouldered side kick, John, we in route to Dave’s site.

They backed in the driveway and Ross gave a knock on the door while John opened the doors and pulled the tarp back.  Dave came out and showed them the pile and Ross gave the price, they agreed and The Blue Crew were filling the truck again.

Ross takes pride in his consolidating skills and was able to fit all the junk into one half load, saving money for Dave. The less space it takes up, the lower the price is.

John swept up the leftover crumbs while Ross got squared away with Dave. The doors were shut, tarp was pulled up and one customer left satisfied.

Dave was so pleased that he actually found a company that has everything he wants; a good price and professionalism, to prompt service and clean cut crews. Dave eventually became a great client and uses Stand Up Guys for all his demos. From there, Stand Up Guys was able to refer Dave and his company and Dave was able to refer us to all his remodeling buddies.