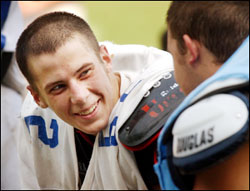 The Stand Up Guys are no strangers to giving back to the community, and what better way to continue our support than the Rally Foundation to provide funds for research on childhood cancers.

The Stand Up Guys will be attending the 2014 Matt Hobby 4 quarters 4 Research game at Pope High school in Marietta, Ga on October 10,2014 to sell our very own Stand Up and Fight Cancer Shirts!

All profits will be donated to the Rally foundation.

The majority of the Stand Up Guys attended Pope High School and had the privilege of knowing #70, Matt Hobby. Matt was a defensive lineman for the Pope Greyhounds who lost his battle with cancer on May 30, 2006. He had said before he passed that he would like for his family and friends to raise awareness and funds to go towards research so that the youth would have a chance against cancer, because childhood cancers such as, Ewing Sarcoma, the type that Matt had are not heavily researched like common adult cancers such as colon, breast and lung.

Over the last 7 years over 300 schools and organizations participated in, 4 Quarters 4 Research, helping raise hundreds of thousands of dollars, and it all started at Pope High School. 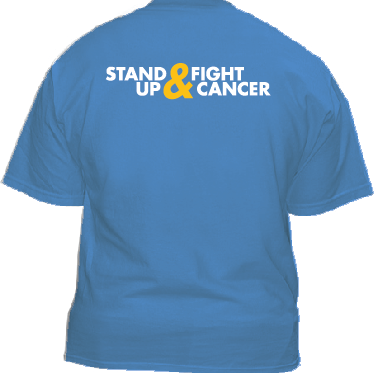 This year, at the 2014 Matt Hobby Game at Pope High School the Stand Up Guys will be selling our ‘Stand Up & Fight Cancer Shirts‘ to help raise money and awareness for fighting Childhood Cancer. We also will be selling the T-shirts on our website as well. All proceeds will go towards the foundation, along with any donations we receive. The Stand Up Guys ‘Stand Up & Fight Cancer‘ Shirts will be selling for $20 a piece, but any extra that people decide to pay or donate will go straight to the Rally Foundation for fighting the cure as well.