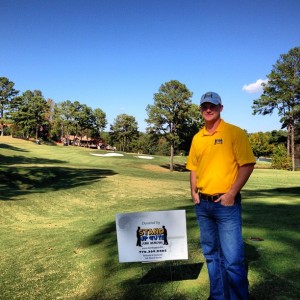 One of Stand Up Guys Junk Removal’s previous customers, Mary, was a realtor in the metro Atlanta area and an avid golf player. While performing a job at her house, she had asked the guys there if they play golf at all. Carson and Clark were quick to respond saying yes, but they don’t have the time they used to.

The three of them got to talking about each others game and so forth, and towards the end of the job Mary mentioned that she was helping support a local junior golf foundation for under privileged kids to be able to play the sport they love. Mary asked if we would be interesrted in playing for the cause and Carson said of course.

Mary also asked if Stand Up Guys wanted to be a sponsor just in case we could not play. The guys were honored that she would ask and being a sponsor for a special event like this is something we would love to do. 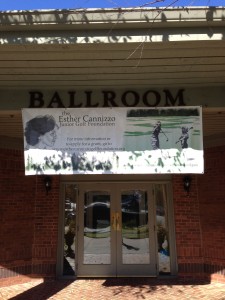 Just like she said she would, Mary called up a few weeks later and went over all the details with our office. She told us everything we could do to help and sponsor the event. Just like that, the following month Stand Up Guys was a sponsor for the Esther Cannizzo Junior Golf Foundation at Roswell Country Club.

The Esther Junior Golf Foundation was created by Esther’s daughter, Jackie. Esther was diagnosed with lung cancer in 2008. With her health failing, her kids decided to remember their mother in a special way. After she lost her battle with lung cancer, Jackie thought they best way to honor her mother was to create a junior golf foundation in Esther’s name.

There was no better way to honor her mom then to associate her with the game she loved. Since Esther loved kids so much, it was a perfect fit to aim towards helping children play the game they love. Grants were even given out to those who have earned it. The event was held at the wonderful Country Club of Roswell, and they really know how to put on a great event. Everything was done just right.

We were honored to be a part of this special event. The atmosphere was great and the people were even better. This was only the 3rd Annual Esther Cannizzo Junior Golf Foundation Event, and we hope that we can participate in many more in the following years.

Overall it was a great experience for Stand Up Guys to support this wonderful foundation. We were able to give back to our community and help young children follow their heart. Hopefully more people can learn about Esther and donate to help her foundation. For more information you can go to there website www.esthercannizzogolffoundation.org  to learn more.