Warehouse Clean Out In Woodstock

This week we got ourselves a pretty big job up in Woodstock, cleaning out an old warehouse of all its junk. The person that recently bought this commercial property is planning on doing some pretty cool, hush, hush, kinda stuff. So he needed everything gone so he could start fresh, with a clean slate, and a clean warehouse.

Before he bought the property, it was owned by a fabrication company. So naturally they left a lot of junk behind, and a ton of dust. Not to mention, some kids from the neighborhood had been sneaking around back and having themselves some little bomb fire parties. That itself turned into a whole new clean up project. 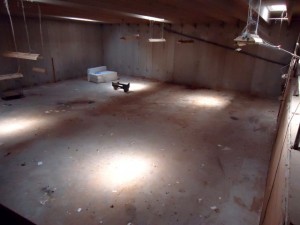 Also, some people had been dumping their household trash, and some construction debris on the side of the building. For the life of me I cant figure out why people insist on doing that. Dumping your trash on someone else’s property is the lowest of lows. Its a big slap in the face if you ask me, and its not worth it. If you get caught its thousands of dollars worth of fines, when you could take it to the county dump for under a hundred dollars, blows my mind. Either way, we have to clean up after dumper bandits all the time, so we are pretty used to it by now.

As you can see in the pictures though, we had our work cut out for us. There was junk on every level of this warehouse, and lots of it. As you all know though, this is right up the Stand Up Guys Junk Removal Crews alley, this is our bread and butter. We were actually able to finish the entire project in one day with our four man crew. We originally thought it would take us two, maybe three days, but we knocked it out quickly, and painlessly. So if you are looking to get some clean out work done, or just get rid of some junk on your commercial, or office building, Stand Up Guys Junk Removal Crew are the guys for you. 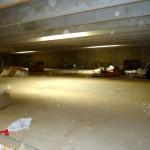 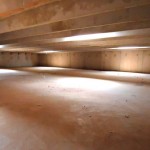