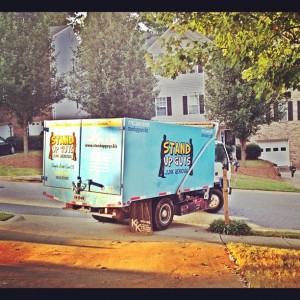 The Truck Has Arrived

Sandra was recently divorced and was left with enormous amounts of junk and old belongings in her Inman Park home, from her husband and herself. She had no clue what to do. She knew she could not do all this work by herself and she needed some help. Sandra called her handyman, Dave, and asked if he could help her out in organizing all the junk into one pile to get rid of. Dave quickly told her to look up a local junk removal company to help her because this project was a little to big for Dave.

The same day, Sandra went online searching for the right guys to come do the job. Since she had no idea of what exactly this type of business entailed, she wanted to make sure the company she was going to deal with was licensed and insured. She called a few small companies that were very cheap, but they did not have security the she was looking for.

Next, she called some of the nationwide companies, and although they were licensed and insured, they were way out of her price range. Sandra wanted to look for someone that could understand the situation she was in and give her a fair price with great customer service. She finally got to The Stand Up Guys and found out quickly that they had everything she needed, from competitive and fair pricing, to licensed and insured workers. So she gave them a call. 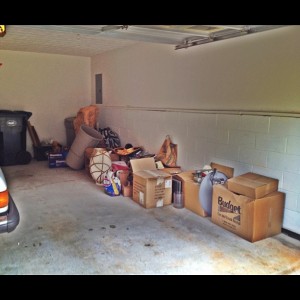 Casey answered the phone and listened very carefully to Sandra’s situation and reassured her that we would take care of everything at a time that fits her best. Casey explained to Sandra exactly how our operation worked, and that we could come out and offer her a free estimate on taking everything. This is the best way for us to give an honest price, (it’s a lot better than trying to blindly guess over the phone like some junk companies do it).

Sandra loved the fact that The Stand Up Guys gave free estimates and was not obligated to pay a dime. If the price was right, she would give the go ahead. She told Casey that this was junk from one room of the house and if she was satisfied with the service, she would use us to help clean out the rest of her junk.

Casey really wanted to take care of her, just like he does with all his loyal customers. So, he sent his best, Mr. Carson Gibson, to dazzle Sandra. 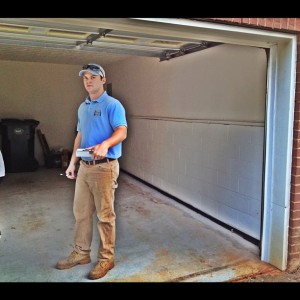 Carson and Christiaan arrived later that week at Sandra’s Inman Park home. They saw she was all set with everything piled up in her garage and ready to be consumed by the Blue Crew. Carson gave her a knock on the door and Sandra came outside to meet them.

Right off the bat Sandra was so impressed on how clean cut and nice they young men looked. She said she has used many services in the past for other things around the house, and this was not a common theme. Most services send out raggedy looking fellows, but not the Stand Up Guys, we are always clean cut and professional as can be.

Carson followed Sandra to the garage and she began to explain everything that was going and some items that she was keeping. Mr. Gibson explained how we worked and the prices and Sandra realized quickly that she had made the right decision. The price was right! Carson and Christiaan began to dazzle Sandra after the agreement was reached.

Christiaan hopped in the truck while Carson handed everything to him. Carson started with all the boxes first, so a steady and secure wall could be built at the back of the truck. Then the rest of the junk was stacked after that. Before you knew it, everything was in the truck and the garage was swept up.

Sandra got exactly what she wanted. Everything was gone that she wanted and the price was exactly what she was looking for. She told Carson that she would have them come back as soon as all the other rooms were cleaned out and that everything would be piled in the garage again. She couldn’t wait for us to come back. Another customer left with a smile on her face. Stand Up Guys approved!