Don had himself a pretty sizable pile of junk and wood that accumulated in his backyard of his Atlanta home. He had torn down an old playset and cleared out some of the junk from his supply shed. He did all this not realizing that it was going to turn into a pile of junk as big as it did. 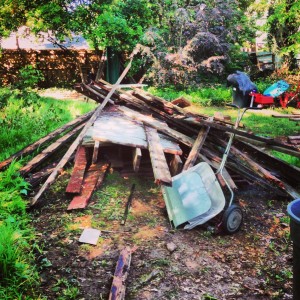 Now that Don accumulated this pile, he wasn’t quite sure how he was going to get rid of it. Well, Don did what he always does when he is looking for good information, he called a credible source. Don called his personal contractor, Rick. Don figured that if anyone knew how to properly get rid of a pile of junk it would be Rick.

Well he was right, Rick knew exactly who could help Don out of this junkie jam. Rick went on to tell Don all about the company that he had been using for the past 4 or 5 years, and how great they were. Yes, you guessed it, Rick was talking about Stand Up Guys Junk Removal.

Don wrote down the number and gave the Stand Up Guys a buzz the very next day. Carson, who was mending the phones at The Stand Up Guys Junk Removal Headquarters answered Don’s call. Don went on to explain to Carson, in detail, about his junk problem at his Atlanta home. 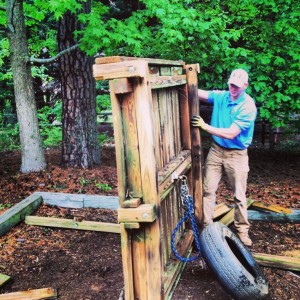 At about 2pm that same day, Ross and David, two of our very best and brightest Stand Up Guys, showed up at Don’s Atlanta home. Ross hopped out of the truck and went to the front door to introduce himself to Don and find out what the junk situation was all about.

Don greeted Ross then walked him around to the backyard to show him the pile of junk that he had managed to put together by himself.

Ross walked around the pile a few times. Studied it, assessed it, and ran the numbers through his head. After all that calculating, Ross offered Don the best possible price on the labor and removal of all the junk and wood that he could. Don was blown away by how good the price was, and by how Ross was able to do all those intense calculations in his head. 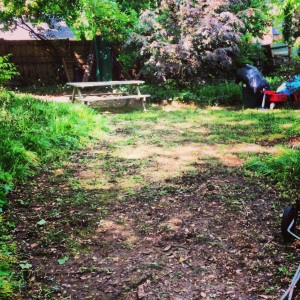 Don loved the price and told Ross that he would love to get rid of it as soon as possible. Ross replied “Well, is right now soon enough for you Don?” Don couldn’t believe it, he was soooo ready to get rid of this junk and couldn’t believe it was all going to happen the same day that he called the Stand Up Guys. He gave Ross and company the green light.

Ross went back to the truck, hopped in and started to back the truck up as close to the pile as he could, with David guiding him of course. Once the truck was in place the two Stand Up Guys put on their junk gloves and got down to business.

Ross and David didn’t really take any special measures when removing this pile. It was pretty cut and dry, they both just started lifting up big pieces and carrying them to the truck. Before they knew it, the pile was gone and the backyard was clean.

Don was so excited to have his backyard back. He was also excited that now he had a new solid contact he could call on when he had junk. Don valued his contacts and he also loved to loved to tell his friends about the ones that he knew would make him look good, and the Stand Up Guys will do just that.

That’s another job well done and another happy customer in the books to the Stand Up Crew!